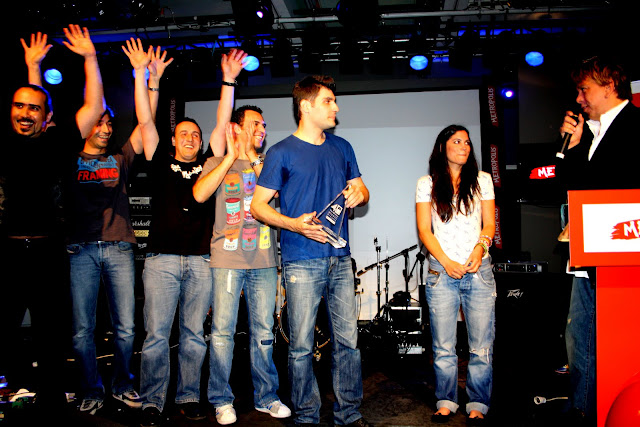 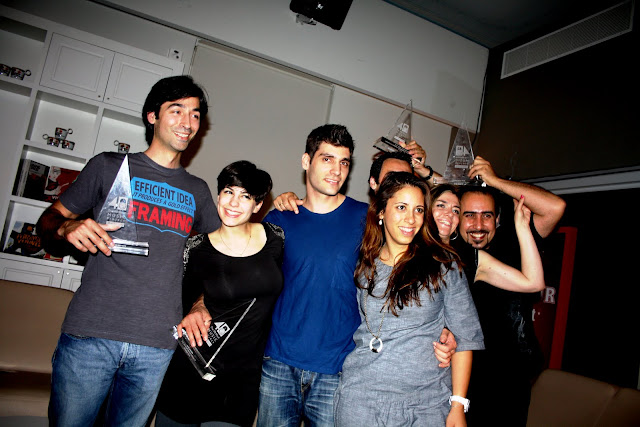 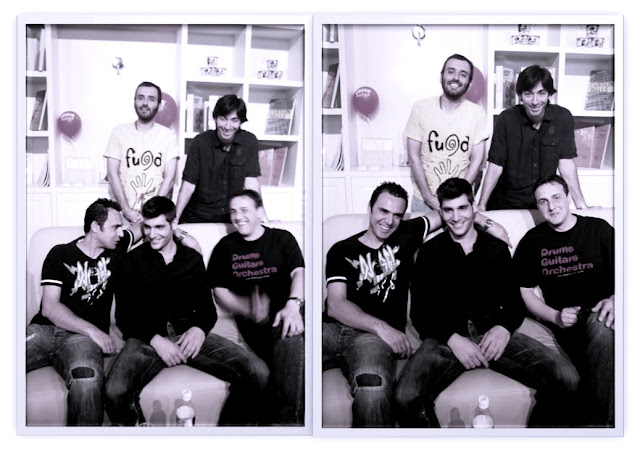 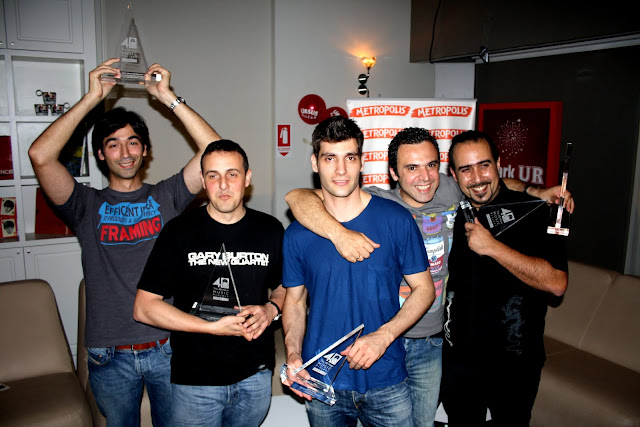 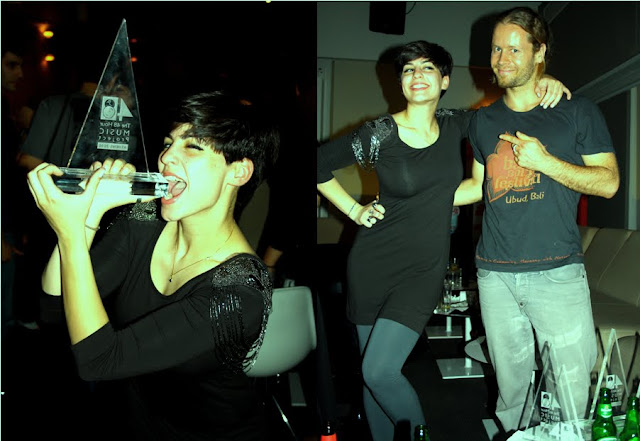 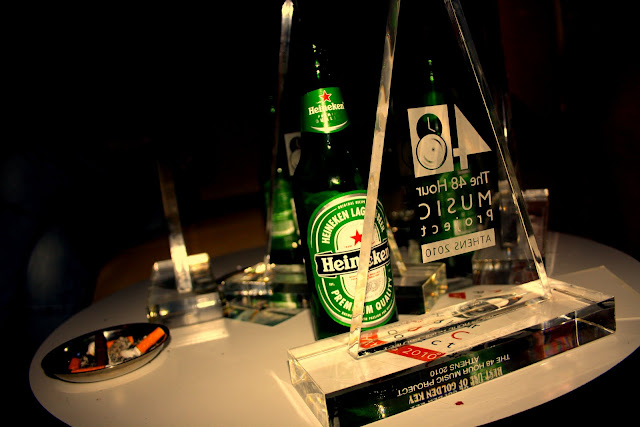 I'm totally Wound Up for Wrapped Up! On Monday, the Ceremony Award of the 48 Hour Music Project Athens 2010 took place at Metropolis Store. And my beloved and best friend Gautier with his band 'Wrapped Up' swept the awards!!!

Except for the first Award : 'Best Song', they, also, grabbed all the rest:

It was so funny that Gautier was being called all the time on stage to be awarded, and with a dose of quandary and polite attitude, he was thanking and thanking... The awards were coming and coming like delicious fudges! Congrats boys!!

Without earbashing, i have to say.. it was a momentous night for Wrapped Up, the beginning of many..

Cool! Happy for your friend!