I've never thought i would watch a french movie avant premiere next to Jean Paul Gaultier in the cinema...

Thursday night and i was waiting in Attikon Cinemax, just before the french movie 'Gainsbourg' begins, to gingerly take a photo of the one of the greatest, respectful man of the international fashion industry, Jean Paul Gaultier. As 'parrain' of the 'Festival du Film Francophone de Grece' , Jean Paul Gaultier was invited from the French Embassy of Greece and the 'Insitut Francais d'Athenes', organizers of the Festival.

I was convulsed by his simplicity and friendly tone towards me and everyone else, who wanted a moment with the french extraordinary designer. So, take a taste of this special night. 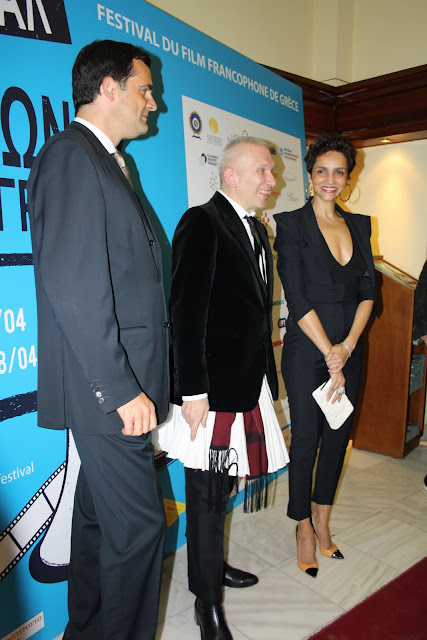 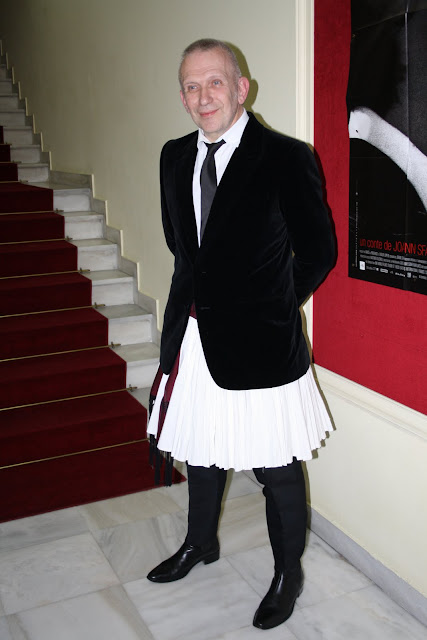 J.P.G expressed his admiration, also, for greek cinema, referring to great personalities such as Melina Merkouri and Irini Papa: 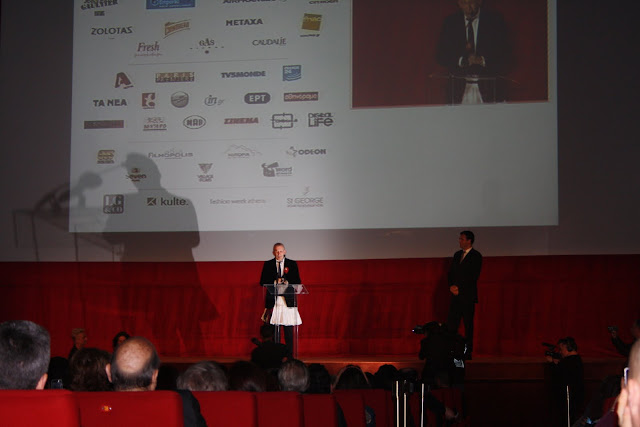 The most famous Greek singer in the whole world (and J.P.G's close friend), Nana Mouschouri: 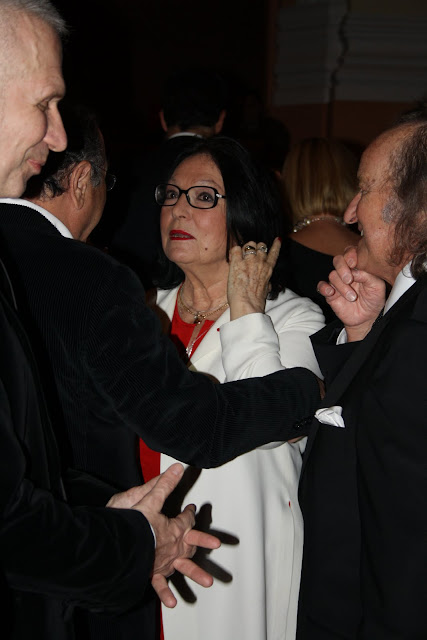 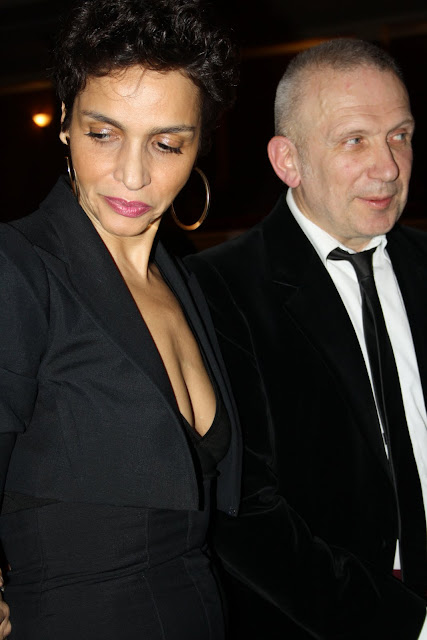 Snapshot from the short video of the movie 'Un jour d'avant' by Loic Prigent, with the creations of J.P.G. 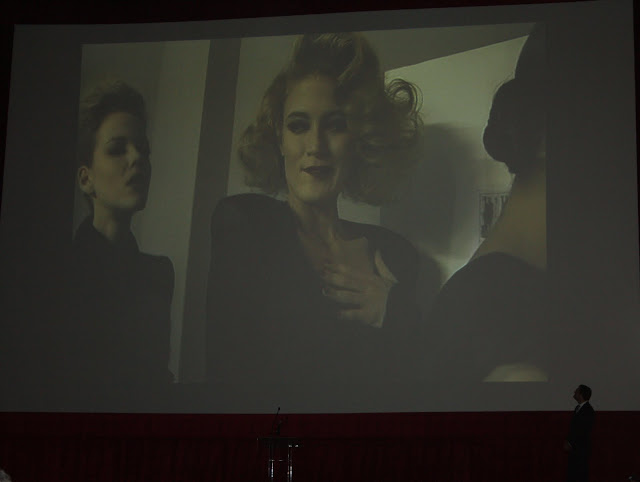 And two words about the movie we watched.. ' Gainsbourg'  by Joann Sfar. A biography of Lucien Gainsbourg, with a different, pleasant, creative way, with exquisite alternations between reality and imagination. Illustrious designs were being mixed with the intense and parisian-style photography of the film. The talent of J.Sfarr was confirmed, while during film, you couldn't even notice that some things were unreal.. It was like all the imaginary characters were absolutely existent and normal, and in complete harmony with the real ones.

And, as always, i post some of the people who attended... Here is Joanne with a breathtaking dress: 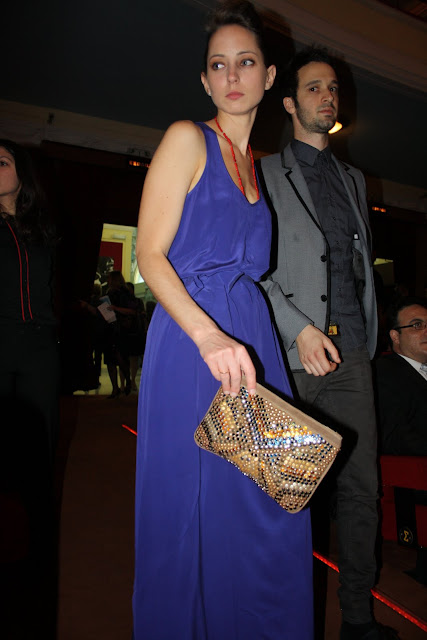 Maya and her green magic eyes: 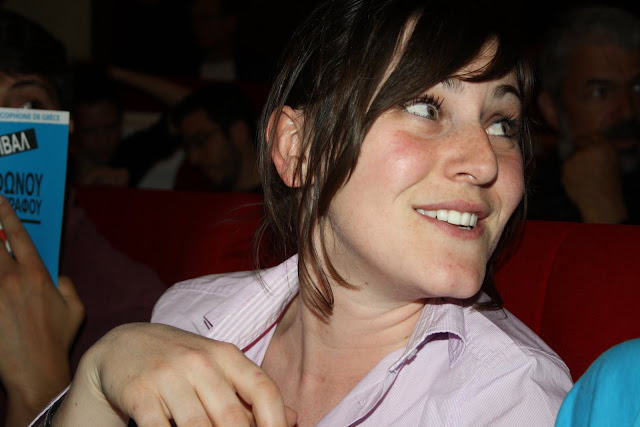 And the actress, Zeta Douka: 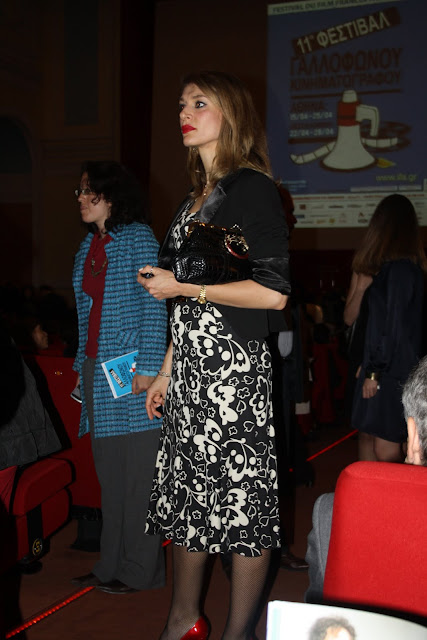 If you're a Jean Paul Gaultier fan, there's a Lifo magazine out there, whith a special tribute this week for the french designer. The photo material included is sensational and glorious. Enjoy it, clicking here. 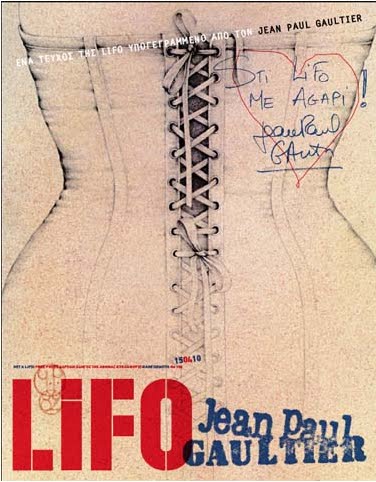 And, i couldn't, of course, skip the cooperation of Jean Paul Gaultier with Levi's..
That's a good opportunity to mention the '4Fashion Shake' event, launched some weeks ago by the Ozon Magazine, where Levi's team presented the Jean Paul Gaultier for Levi's collection. 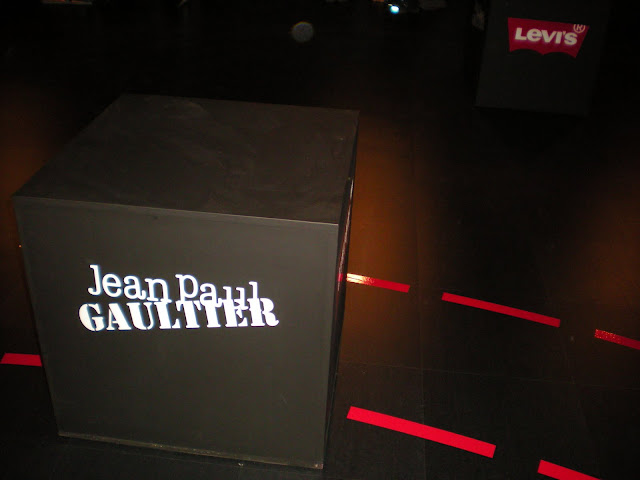 It was a Jean Paul month after all!!!